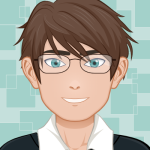 We have all come across databases at some point in our lives. This could be I’m the form of phone books, employee directories, library card catalogs, and financial records.
Databases simply organize, process and store information in such a way that access to the required information at a later date will be easy.
They can be used to organize, edit and track data and also to produce reports. At its most basic fork, a database can be said to be a well-organized collection of related data.
Database technology itself can be said to be a collection of relevant data in digital format.
Due to a large amount of data being generated on a regular basis, a lot of large systems will need to process huge amounts of commercial and process data.

If you do not have the right database for your data condition, the massive load of data will overload your database and you will end up losing sensitive information in the process.
Before, security trading systems used to store only details of recent transactions. This is done in a bid to rid their database of a large amount of information that might become irrelevant over the years.
However, with a large amount of storage capacity available nowadays, companies can now afford to store every bit of information they can to get. This includes every business transaction, every switch in communication modes, every phone call and even every click on a website.

Because of this, an unbelievably huge amount of data is generated by large applications. This leads to a rise in the cost of data saving.
Due to this, there have been many advances in database technologies over the years.
Major players in the web industry use NoSQL databases to manage and store information for billions of users. Now, the NoSQL approaches adopted by these companies is beginning to be adopted as standard features of the Oracle Database, a mainstay of the enterprise.
Sharding is the name given to a form of database partitioning that divides huge databases into more compact sizes. These smaller partitions are known as data sharing.
This technique has been used by web giants for many years to break very large NoSQL databases into smaller, more manageable ones.

However, when this technique was adopted into the Oracle Database, it was gifted with the sophisticated functionality associated with Oracle Database. As a result, it became more reliable and useful.
The current Senior Vice President of Oracle’s database systems technology, Juan Loaiza identified the major transformations that have occurred in database technologies over the years.

This development works with a pretty simple idea. Instead of having users build a database platform top to bottom, Oracle developed very efficient hardware and the also optimized the software to run the very latest update of Oracle Database.
The system can directly move query processing into storage units. This aids the speed at which analytics run.
However, not a lot of players in the industry have adopted this approach.

This development is pretty straightforward and almost all major database distributors and vendors have added at least one in-memory product to its catalogs.
This technique works by making use of data structures and algorithms that are specialized for data in-memory and this gives the database to run analytics at a much faster pace than a database that uses a disk-based approach.

Because of this rapid speed of operation, people rarely raise queries about data.
Oracle offers a unique double format architecture. This is a single database that adopts the best approach for the task at hand.
For OLTP, it uses row analysis while it sorts analytics with the use of in-memory columnar analysis.
It is a feature of the new Oracle Database 12c and this means that companies can use the package without having to change applications that are already in operation on Oracle Database.

Also, the customary features remain unchanged. It still functions with scalability and high availability.
Loaiza believes that the switch to the in-memory database from on-disk formats will be adopted by the whole of the industry.

The decision makers at Oracle decided on this name because the microprocessors will have the algorithms embedded into them directly.
The technique operates on the basis that processors cannot add on more threads and cores, therefore, the speed and performance will be derived from using algorithms for the execution of important tasks like file encryption and direct compression on the microprocessors.
There are three main aspects of this technique.
First is that the SQL in silicon is used to accelerate the performance of the database in-memory.

Secondly, the silicon capacity acquires a considerable number of data and information into storage through the use of on-processor techniques like decompression in real time.
Lastly, the encryption support in silicon could be used for improving security as the bulk of the workload is transferred to in-memory. This is because the in-memory would be less result that information stored on disks if it is not given such protection.
Loaiza sees it as an industry-wide advance on the process of database processing and the designing of chips.
He also predicted that there will be more of such products on the market once other developers and vendors adopt this technology.

It has already been established that companies generate a massive amount of data regularly. This can be due to processes like keeping track of web clickstream data or following what is known as The Internet Of Things.

I'm Richard N. McMahan and I'm a programmer and technology enthusiast. I am so grateful that I can be a part of Compoundev.com. I have been interested in computers and technology since I was a teenager so it was easy to decide about my future job and career path. With Christina and with our team, we will help you to understand the world of information technology and we will try to inspire you to develop yourself and your business using the amazing power of IT. Being responsible for the content at Compoundev.com is a great adventure and I am happy that I can also develop my passion for teaching other people.