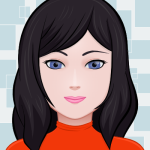 Today, computers are not just machines that provide information and runs software; there are many things to be known about computers. Networking is an important area that has to be covered when we talk about computers. You might have heard the work networking; you might also be working in a network but may not know how you are using it.

Here is a bit about computers and networking.

There are several others as well.

Though there are various possible networks that could be made with a computer, most commonly used in our day to day life is local area network and Wireless Local area network.

LAN can be used in a small office with two or three members or in a big office where thousands of employees work. This does not cover the usage of internet in office as connecting to the internet requires WAN. Main components used for local area network is Ethernet and  Wi-Fi

Why Local Area Network is needed in the office?

Here is crisp information about the need for LAN in offices or companies.

Assume that there are n numbers of computers in an office.

Software Sharing: Many employees will need different software on their computer. Generally, all the software is not installed on all machines in an office. The software will be available only in one particular server. The employee has to access that particular system over a network and can download it to their machine. Once the application is downloaded locally into their system, the employee can run it directly without accessing the main computer.

Files Sharing: Another use of networking is when one likes to share a set of files to his or colleagues, then he can provide rights for them to access his files or he can place the file in a location which is shared among his colleagues

Tracking Employees: A client tracking software may be installed in the employee’s machine and the data collecting software in a server. This is how a boss is able to track how their employees are utilizing the computer.

Printer Sharing: It is not necessary that networking should be between computers. It can also be between a computer and other devices. It is not possible for an office to provide a printer for each and every system. Instead, a single printer is placed at a common location and if an employee’s computer is connected to that printer over the network, then, he will be able to use the printer.

It is not necessary for a computer to be connected to a single printer; it can be connected to multiple printers. In this case, if another employee is using the nearby printer, one can connect to another printer by choosing the printer on the computer.

Similar to the printers, one can also use LAN to connect to the scanners.

Why Wireless LAN is needed in office?

Wireless LAN is also widely used these days. Many companies provide laptops to their employees. People use laptops at the office just because it is portable. So, connecting the laptop through a wired Local area network will be senseless. In such cases, companies use wireless LAN facility.

The employee’s laptops are connected to the LAN by means of Wi-Fi. It is not only the laptops even printers these days are connected over wireless LAN. Similar to the access of files in LAN, one can comfortably access the files from anywhere inside the office.

These are only very limited usage of local area network in offices. Still, there are lots to be specified.

The above-specified details explain how computers can communicate with other devices within an organization without connecting to the internet. With the use of the internet, still many communications are possible. One can even access a server that exists completely in a different location using a VPN.

Thus computers and networking play a major role in offices.

Hello. My name is Christina Morgan. I work for the IT company as an IT project manager. I love my job because I love to work with people and with new technologies. I can proudly say that my career is my biggest success. Information technology is an extremely interesting subject to discover and I would like to bring closer the aspects and the facts about IT. That is the main reason why I created Compoundev.com. I am thrilled to write the articles for you about computer technology, software, internet marketing, a career in IT, and technology in business.